Join us for our Sunday morning worship service at 10:30 AM. We gather in-person indoors (masked) and outdoors (unmasked) and via livestream. For details click here. To join our livestream click here. For lyrics for Worship click here. 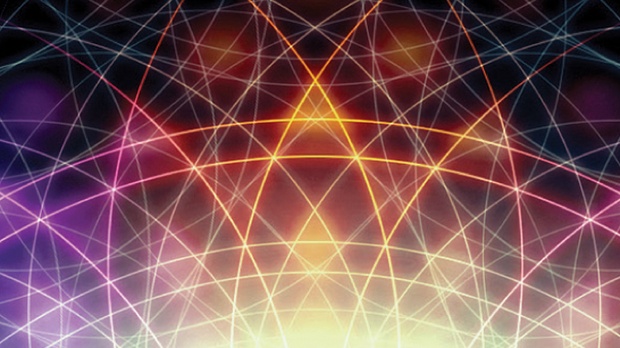 "We are conscious with respect to our own casual efficiency:

"Since He has at His command all the power in the universe, the Lord God omnipotent can do anything as easily as anything else. All His acts are done without effort. He expends no energy that must be replenished. His self-sufficiency makes it unnecessary for Him to look outside of Himself for a renewal of strength. All the power required to do all that He wills to do lies in undiminished fullness in His own infinite being." Tozer, Knowledge Holy, p. 72

Note: He spoke into existence the creation effortlessly.

"The power of God is that ability and strength whereby He can bring to pass whatsoever He pleases, whatsoever His infinite wisdom may direct, and whatsoever the infinite purity of His will may resolve… As holiness is the beauty of all God’s attributes, so power is that which gives life and action to all the perfections of the Divine nature. How vain would be the eternal counsels, if power did not step in to execute them.

Without power His mercy would be but feeble pity, His promises an empty sound, His threatenings a mere scarecrow. God's power is like Himself: infinite, eternal, incomprehensible; it can neither be checked, restrained, nor frustrated by the creature" Charnock, Exist. Attrib. of God 2:13, 15

How will better understanding God's power change our lives?

"Well may all tremble before such a God! To treat with impudence One who can crush us more easily than we can a moth, is a suicidal policy. To openly defy Him who is clothed with omnipotence, who can rend us in pieces or cast us into Hell any moment He pleases, is the very height of insanity.” Pink, Attrib. God., p. 51

Note: Our sin is exactly that, "the very height of insanity".

"Well may the enlightened soul adore such a God! The wondrous and infinite perfections of such a Being call for fervent worship. If men of might and renown claim the admiration of the world, how much more should the power of the Almighty fill us with wonderment and homage." Ibid.

Observation: The best way to improve the worship at any church is to help people grow in understanding the power of God.

“Well may the saint trust such a God! He is worthy of implicit confidence. Nothing is too hard for Him. If God were stinted in might and had a limit to His strength we might well despair. But seeing that He is clothed with omnipotence, no prayer is too hard for Him to answer, no need too great for Him to supply, no passion too strong for Him to subdue; no temptation too powerful for Him to deliver from, no misery too deep for Him to relieve." Ibid.

Note: The motive of our prayer life and confidence in Him in all of life come from an accurate appraisal of God’s omnipotence.

"This may be defined as that perfection of God which prompts Him to deal bountifully and kindly with all His creatures. It is the affection which the Creator feels towards His sentient creatures as such." Berkhof, Sys. Theo., p. 70

"And not only that, but God is also the summum bonum, the highest good, for all His creatures, though in different degrees and according to the measure in which they answer to the purpose of their existence."  Ibid.

"This benevolent interest of God is revealed in His care for the creature's welfare, and is suited to the nature and the circumstances of the creature. It naturally varies. in degree according to the capacity of the objects to receive it.     And while it is not restricted to believers, they only manifest a proper appreciation of its blessings, desire to use them in the service of their God, and thus enjoy them in a richer and fuller measure." Ibid., p. 71

Goodness Expressed in God's Being

He is originally good, good of Himself, which nothing else is; for all creatures are good only by participation and communication from God. He is essentially good; not only good, but goodness itself: the creature's good is a superadded quality, in God it is His essence, He is infinitely good; the creature's good is but a drop, but in God there is an infinite ocean or gathering together of good. He is eternally and immutably good, for He cannot be less good than He is; as there can be no addition made to Him, so no subtraction from Him" (Thomas Manton) in Pink, Attrib. God, p. 57

The goodness of God is seen in that when man transgressed the law of His Creator a dispensation of unmixed wrath did not at once commence. Well might God have deprived His fallen creatures of every blessing, every comfort, every pleasure. Instead, He ushered in a regime of a mixed nature, of mercy and judgment. This is very wonderful if it be duly considered, and the more thoroughly that regime be examined the more will it appear that "mercy rejoiceth against judgment" (James 2:13). Notwithstanding all the evils which attend our fallen state, the balance of good greatly preponderates. With comparatively rare exceptions, men and women experience a far greater number of days of health than they do of sickness and pain. There is much more creature-happiness than creature-misery in the world. Even our sorrows admit of considerable alleviation, and God has given to the human mind a pliability which adapts itself to circumstances and makes the most of them." Pink, Attrib. God, pp. 58-59

How will growing in our understanding of God's goodness change our lives?

"When others behave badly to us, it should only stir us up the more heartily to give thanks unto the Lord, because He is good; and when we ourselves are conscious that we are far from being good, we should only the more reverently bless Him that He is good. We must never tolerate an instant's unbelief as to the goodness of the Lord; whatever else may be questioned, this is absolutely certain, that Jehovah is good, His dispensations may vary, but His nature is always the same." (C.H. Spurgeon) quoted in Pink, Attrib. God, p, 60

The Concept of Holiness in the Old Testament

"The Hebrew word for 'holy' (qadosh) means 'marked off' or 'withdrawn from common, ordinary use. The verb from which it is derived suggests 'to cut off' or 'to separate.' whereas in the religions of the peoples around Israel the adjective holy was freely applied to objects, actions, and personnel involved in the worship, in Israel's covenant worship it was very freely used of the Deity himself." Erickson, Chr. Theo., p. 284

The Concept of Holiness in the New Testament

"The same idea is conveyed by the New Testament words hagiazo and hagios. From this it already appears that it is not correct to think of holiness primarily as a moral or religious quality, as is generally done.Its fundamental idea is that of a position or relationship existing between God and some person or thing." Berkhof, sys. Theo., p. 73

"The angels that fell were created holy, for we are told that they 'kept not their first habitation' (Jude 6).”

Of Satan it is written, 'Thou was perfect in thy ways from the day that thou wast created, till iniquity was found in thee (Ezek. 28:15)." Pink, Attrib. God, p. 4

"God's holiness is manifested in His law. That law forbids sin in all of its modifications: in its most refined as well as its grossest forms, the intent of the mind as well as the pollution of the body, the secret desire as well as the overt act."

That law in all its aspects was calculated to impress upon Israel the idea of the holiness of God, and to urge upon the people the necessity of leading a holy life.

Point: The Law has been done away with as the means to salvation but not as the end.

Holiness Seen at the Cross

"God's holiness is manifested at the Cross. Wondrously and yet most solemnly does the Atonement display God's infinite holiness and abhorrence of sin.         How hateful must sin be to God for Him to punish it to its utmost deserts when it was imputed to His Son!" Pink, Attrib. God, p. 43

"It follows, therefore, that He must necessarily punish sin. Sin can no more exist without demanding His punishment than without requiring His hatred of it. God has often forgiven sinners, but He never forgives sin; and the sinner is only forgiven on the ground of another having borne his punishment;" Ibid. (Prov. 15:26; Psa. 5:5; Heb. 9:22)

"When one measures one's holiness, not against the standard of oneself or of other humans, but against God, the need for a complete change of moral and spiritual condition becomes apparent.” Erickson Chr. Theo., p. 286

"But men refuse to believe in this God, and gnash their teeth when His hatred of sin is faithfully pressed upon their attention. No, sinful man was no more likely to devise a holy God than to create the Lake of Fire in which he will be tormented for ever and ever." Pink, Attrib. God p. 44

"The greatest miracle in the world is God's patience and bounty to an ungrateful world. If a prince hath an enemy got into one of his towns, he doth not send them in provision, but lays close siege to the place, and doth what he can to starve them. But the great God, that could wink all His enemies into destruction, bears with them, and is at daily cost to maintain them. Well may He command us to bless them that curse us, who Himself does good to the evil and unthankful. But think not, sinners, that you shall escape thus; God's mill goes slow, but grinds small1 the more admirable His patience and bounty now is, the more dreadful and unsupportable will that fury be which ariseth out of His abused goodness. Nothing smoother than the sea, yet when stirred into a tempest, nothing rageth more. Nothing so sweet as the patience and goodness of God, and nothing so terrible as His wrath when it takes fire." - William Gurnall, 1660, quoted by Pink, Attrib. God. p. 86

"God is holy with an absolute holiness that knows no degrees, and this He cannot impart to His creatures. But there is a relative and contingent holiness which He shares with angels and seraphim in heaven and with redeemed men on earth as their preparation for heaven. This holiness God can and does impart to His children. He shares it with them by imputation and by impartation, and because He has made it available to them through the blood of the Lamb, He requires it of them." Tozer, Knowledge Holy, p. 113

How will growing in our understanding of God's holiness change our lives?

"This is the prime way of honoring God. We do not so glorify God by elevated admirations, or eloquent expressions, or pompous services of Him, as when we aspire to a conversing with Him with unstained spirits, and live to Him in living like Him." Charnock, Exist. Attrib. God

"By faith and obedience, by constant meditation on the holiness of God, by loving righteousness and hating iniquity, by a growing acquaintance with the Spirit of holiness, we can acclimate ourselves to the fellowship of the saints on earth and prepare ourselves for the eternal companionship of God and the saints above." Tozer, Knowledge Holy, p. 114