Category: The Attributes of God 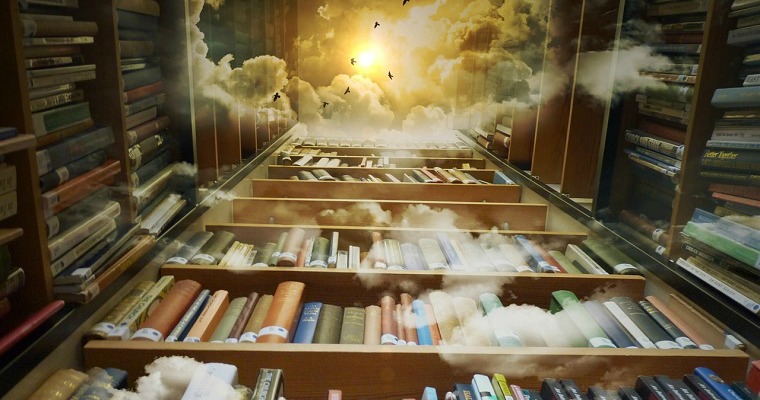 When God is called the truth, this is to be understood in its most comprehensive sense. (Berkhof, Sys. Theo. , p. 69)

"Finally, He is also the truth in a logical sense, and in virtue of this He knows things as they really are, and has so constituted the mind of man that the latter can know, not merely the appearance, but also the reality, of things." Ibid

We may define the veracity or truth of God as that perfection of His Being by virtue of which He fully answers to the idea of the Godhead, is perfectly reliable in His revelation, and sees things as they really are. It is because of this perfection that He is the source of all truth, not only in the sphere of morals and religion, but also in every field of scientific endeavor." Ibid

Explanation of the Attribute:

"The knowledge of God may be defined as that perfection of God whereby He, in an entirely unique manner, knows Himself and all things possible and actual in one eternal and most simple act." Berkhof, Sys. Theo., p. 66

"It is archetypal, which means that He knows the universe as it exists in His own eternal idea previous to its existence as a finite reality in time and space; and that His knowledge is not, like ours, obtained from without.

It is innate and immediate, and does not result from observation or from a process of reasoning.

Note: In other words God’s knowledge is “trans-logical” (not "illogical" or "sub-logical"). God knows all immediately, rendering the need to process thoughts unnecessary. (no need for premise 'A' + premise 'B' = conclusion 'C')

It is complete and fully conscious, while man’s knowledge is always partial, frequently indistinct, and often fails to rise into the clear light of consciousness. Ibid

It is not discursive, i.e., proceeding logically from the known to the unknown; but intuitive, i.e., discerning all things directly in its own light.

It is total and simultaneous not successive. It is one single indivisible act of intuition, beholding all things in themselves, their relations and successions, as ever present.

It is perfect and essential, not relative, i.e., he knows all things directly in their hidden essences, while we know them only by their properties, as they stand related to our senses.” A. Hodge, Out. Theo., pp. 144-45

“Because God knows all things perfectly, He knows no thing better than any other thing, but all things equally well. He never discovers anything, He is never surprised, never amazed. He never wonders about anything nor (except when drawing men out for their own good) does He seek information or ask questions.” Tozer, Knowledge Holy, pp. 62-63

Note: This means that God has never thought a new thought.

“We know the present imperfectly, the past we remember dimly, the future we know not at all. But God knows all things, past, present, and future, by one total, unsuccessive, all­ comprehensive vision.”. A. A. Hodge, Out Theo., p. 145

Note: God forgets nothing and yet He has no memory because He doesn’t need one.

Think about it: God is not playing a chess game waiting for your move so He can make a counter move. As far as He is concerned the game is over and He won.

Encouragement gained by the attribute of God’s knowledge:

"Here is encouragement to prayer. There is no cause for fearing that the petitions of the righteous will not be heard, or that their sighs and tears shall escape the notice of God, since He knows the thought and intents of the heart. There is no danger of the individual saint being overlooked amidst the multitude of supplicants who daily and hourly present their various petitions, for an infinte Mind is as capable of paying the same attention to millions as if only one individual were seeking its attention." Pink, Attrib, God, pp. 18-19

Evaluation of the Attribute:

By those who reject God:

"That God knows each person through and through can be a cause of shaking fear to the man that has something to hide-- some unforsaken sin, some secret crime committed against man or God, The unblessed soul may well tremble that God knows the flimsiness of every pretext and never accepts the poor excuses given for sinful conduct, since He knows perfectly the real reason for it."         Tozer, Knowledge Holy, p. 63

The wicked do as naturally hate this Divine perfection as much as they are naturally compelled to acknowledge it. They wish there might be no Witness of their sins, no Searcher of their hearts, no Judge of their deeds. They seek to banish such a God from their thoughts" Pink, Attrib, God, p. 18

By those who trust in Christ:

"The infinite knowledge of God should fill us with amazement. How far exalted above the wisest man is the Lord. None of us knows what a day may bring forth, but all futurity is open to His omniscient gaze…” Pink, Attrib. God, p. 20

"The infinite knowledge of God ought to fill us with holy awe. Nothing we do, say, or even think, escapes the cognizance of His with whom we have to do. "The eyes of the Lord are in every place, beholding the evil and the good" (Prov. 15:3). What a curb this would be unto us, did we but meditate upon it more frequently!" Ibid.

The apprehension of God's infinite knowledge should fill the Christian with adoration. The whole of my life stood open to His view from the beginning. He foresaw my every fall, my every sin, my every backsliding yet, nevertheless, fixed His heart upon me. Oh, how the realization of this should bow me in wonder and worship before Him!" Ibid., p. 19

Definition – God always chooses the best goals and the best means to those goals.

Wisdom is…”that perfection of God whereby He applies His knowledge to the attainment of His ends in a way which glorifies Him most. It implies a final end to which all secondary ends are subordinate; and according to Scripture this final end is the glory of God, Rom. 11:331 14:7, 81 Eph. 1:11, 121 Col. 1:16." Berkhof, Sys. Theo., p.

Wisdom, among other things, is the ability to devise perfect ends and to achieve those ends by the most perfect means. It sees the end from the beginning, so there can be no need to guess or conjecture. Wisdom sees everything in focus, each in proper relation to all, and is thus able to work toward predestined goals with flawless precision. Tozer, Knowledge Holy, p. 66

The difference between knowledge and wisdom

The wisdom of God may be regarded as a particular aspect of His knowledge. It is quite evident that knowledge and wisdom are not the same, though they are closely related. They do not always accompany each other. An uneducated man may be superior to a scholar in wisdom. Knowledge is acquired by study, but wisdom results from an intuitive insight into things. The former is theoretical, while the latter is practical, making knowledge subservient to some specific purpose. Both are imperfect in man, but in God they are characterized by absolute perfection. God's wisdom is His intelligence as manifested in the adaptation of means to ends. Berkhof, Sys. Theo., pp. 68-69

As there is abundant evidence of design in the works of nature, so all the works of God declare his wisdom. They show, from the most minute to the greatest, the most wonderful adaptation of means to accomplish the high end of the good of his creatures and the manifestation of his own glory. Hodge, Sys. Theo. 1:401